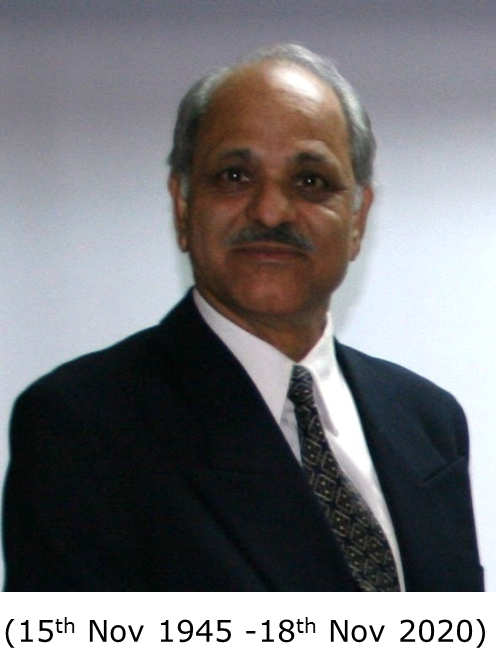 Dr. Govind Ballabh Pant, Former Director of IITM (from 29-10-1997 to 30-11-2005) left to heavenly abode on 18-11-2020.
Dr. Pant was born on 15.11.1945; he first joined IITM in 1968 as a Junior Scientific Officer and left to the USA in 1972 to pursue his doctoral study. He joined IITM again in 1977 as a Senior Scientific Officer Grade I and continued to serve in IITM at various capacities for three decades including in the position of its Director from 1997 to 2005, until his superannuation in 2007. Following retirement, he continued teaching, and served as a Distinguished Professor in Doon University and Savitribai Phule Pune University during 2011-15. He obtained Master’s degree in Physics from Agra University in 1965 and a Ph.D. in Atmospheric Sciences from Purdue University, USA in 1976. Following training in USA under UNDP in 1981, he introduced dendroclimatology to IITM and India, and nurtured it to become an internationally well-known group. The areas of Dr. Pant’s research contributions include atmospheric energetics, monsoon dynamics, ENSO-monsoon relationship, seasonal prediction, climate and climate change, especially paleoclimatology. His contributions as member of scientific committees for International Geosphere Biosphere Program (IGBP), Past Global Changes (PAGES), World Climate Research Programme (WCRP) and the Intergovernmental Panel on Climate Change (IPCC) are highly acclaimed. He has been the review editor of a chapter on climate models of IPCC 2007 Working Group-1 report that was awarded the Nobel Peace Prize in 2007. He had published numerous research papers in national and international scientific journals, as well as several books.