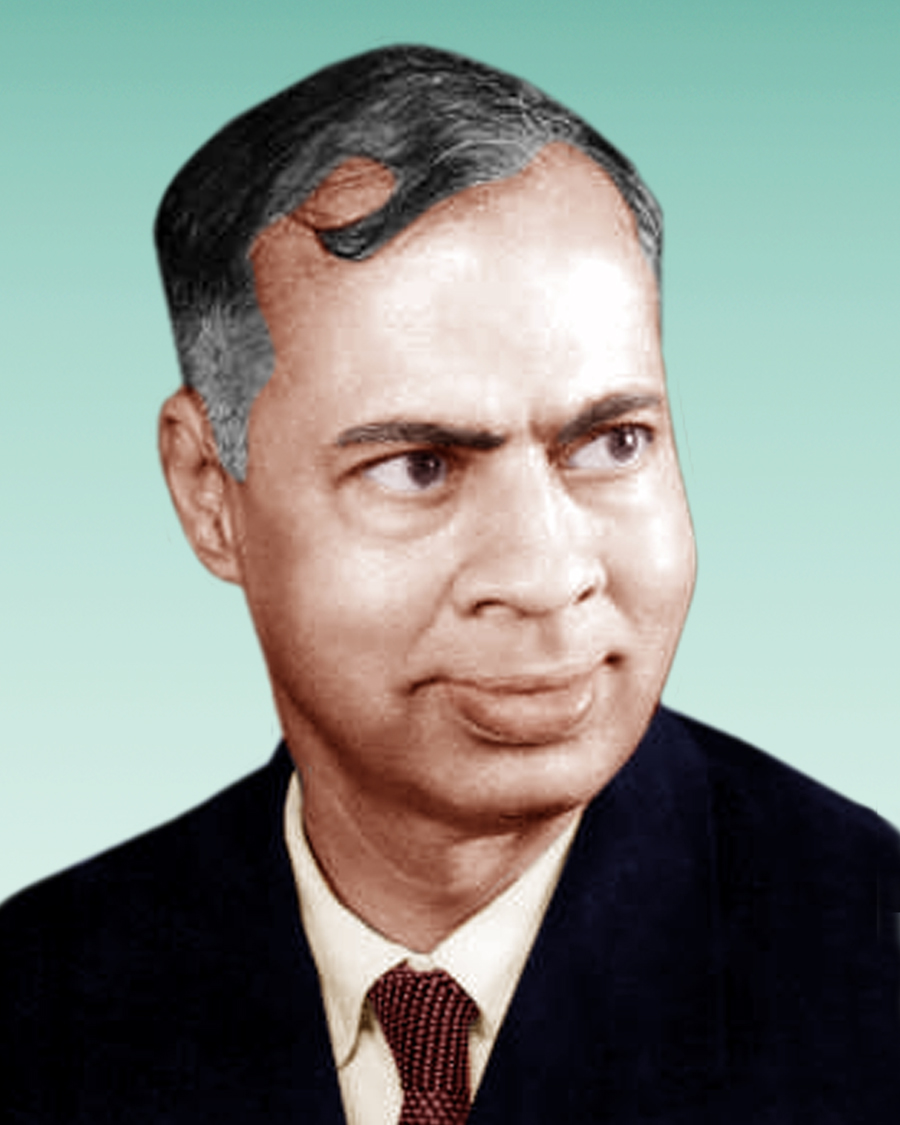 Prof. P.R. Pisharoty was the founder Director of IITM. Born on February 10, 1909 in the town of Kollengode, Kerala, he earned his Master’s degree in Physics from Madras University and then obtained Ph.D. from University of California in 1954. He was a Member of the Scientific Advisory Board of World Meteorological Organization from 1963 to 1968 and later as its Chairman. He also served as the Vice-President of the International Association of Meteorology and Atmospheric Sciences, and as a member of Joint Organising Committee for Global Atmospheric Research Programme from 1969 to 1977. He was awarded with the prestigious Padma Shri, national civilian award, of the Indian government in recognition of his contributions. 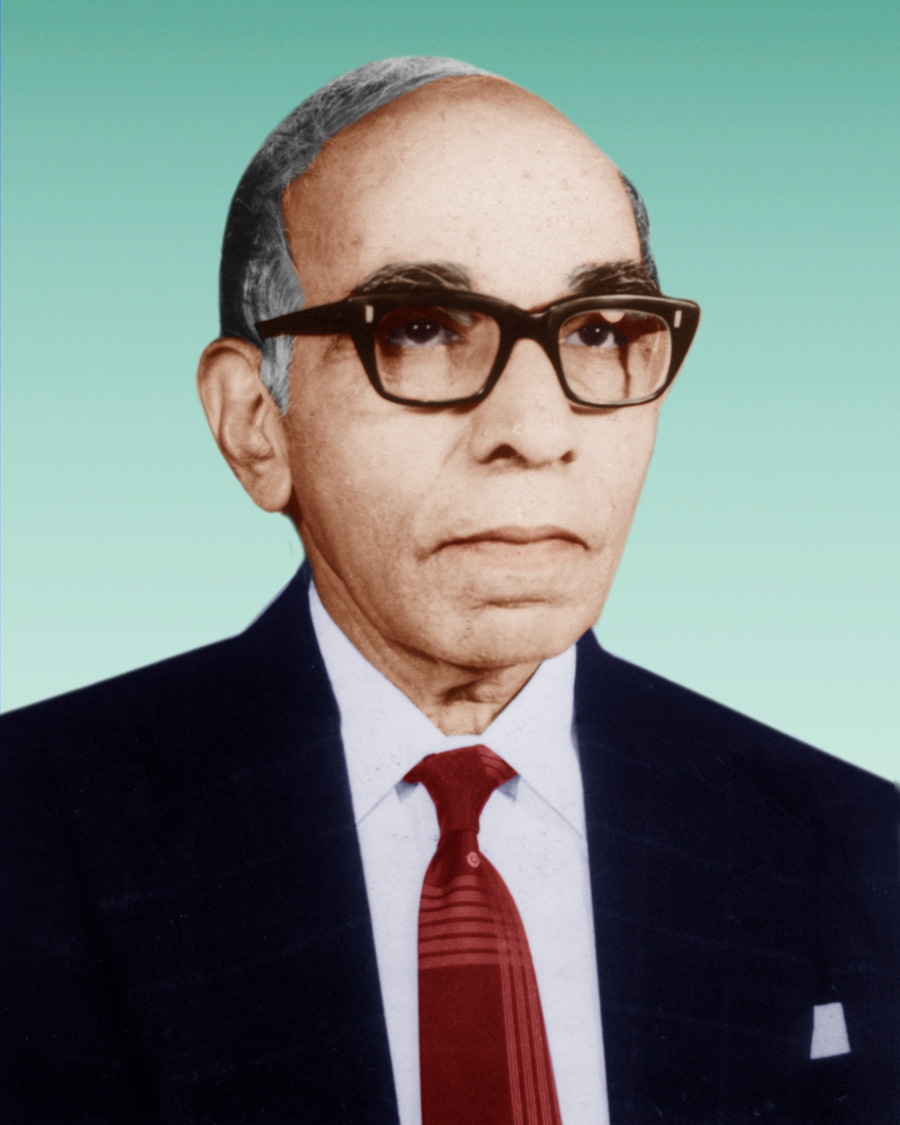 Prof. R. Ananthakrishnan started his research career in the field of light scattering under the guidance of noble laureate Prof. C. V. Raman. His research contribution includes various topics viz. Light scattering and Raman Effect, Solar Physics and Meteor Astronomy and Meteorology. In the field Meteorology, his work covered different topics: Aerology, Dynamics, Thermodynamics, Errors in upper air data, monsoon circulation, Tracks of storms and depressions. Atmospheric pressure and oscillations, Indian rainfall and features associated with onset of southwest monsoon. He was awarded Padmashree by President of India in 1969 and C.V. Raman Centenary Medal in 1988. He was editor of some national and international reputed journals in Meteorology. 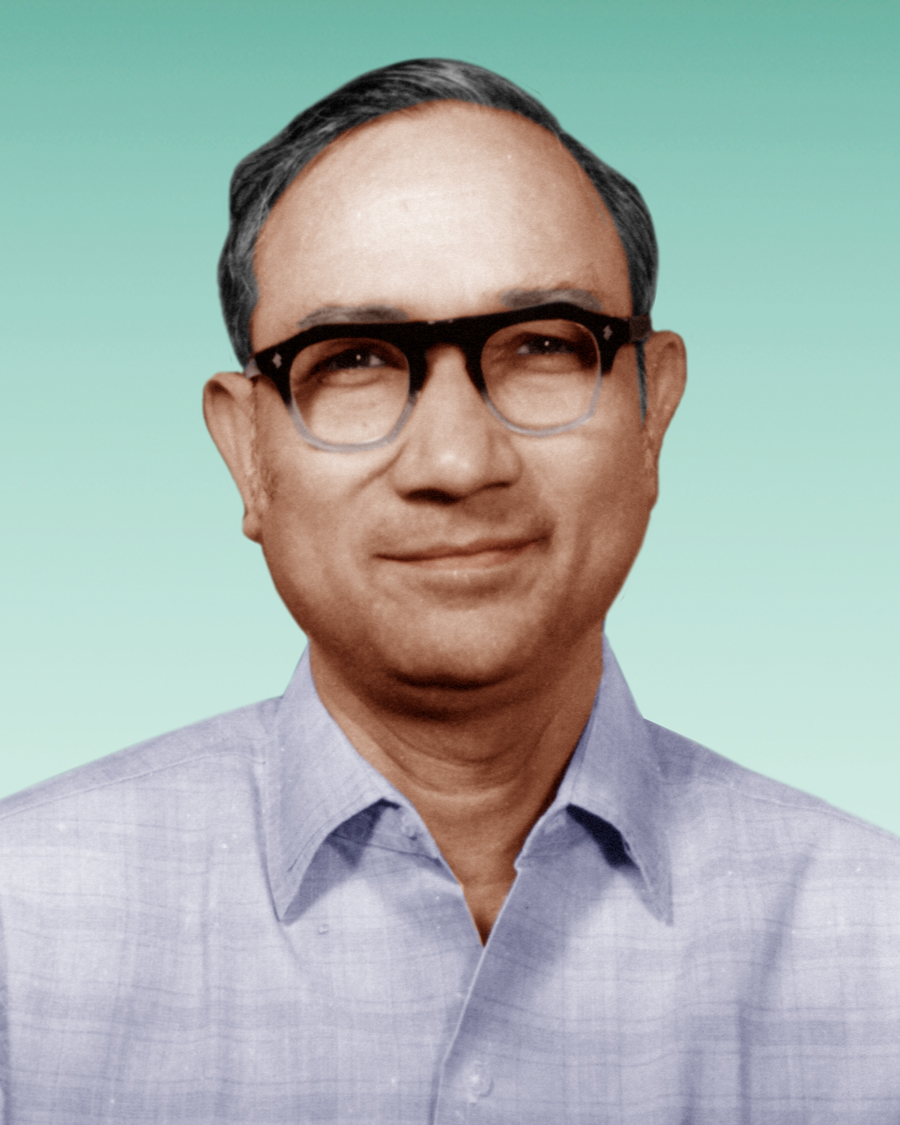 Dr. Kshudiram Saha was born in 1918. He had his early education in India. He graduated from the University of Allahabad in 1940 and received his Ph.D. in Physics (Meteorology) from the University of Calcutta (now Kolkata) in 1956. He entered meteorological service in 1942 and worked with the India Meteorological Department and the Indian Institute of Tropical Meteorology. He worked as Director of IITM during the period 1974-1976. After retiring from the Institute as its Director in 1976, he visited USA and worked first as a Visiting Scientist in MIT Cambridge and later as a Senior Research Associate of the National Council in Naval Postgraduate School in Monterey (California). He published numerous research papers in national and international journals and was a fellow of several learned Societies. 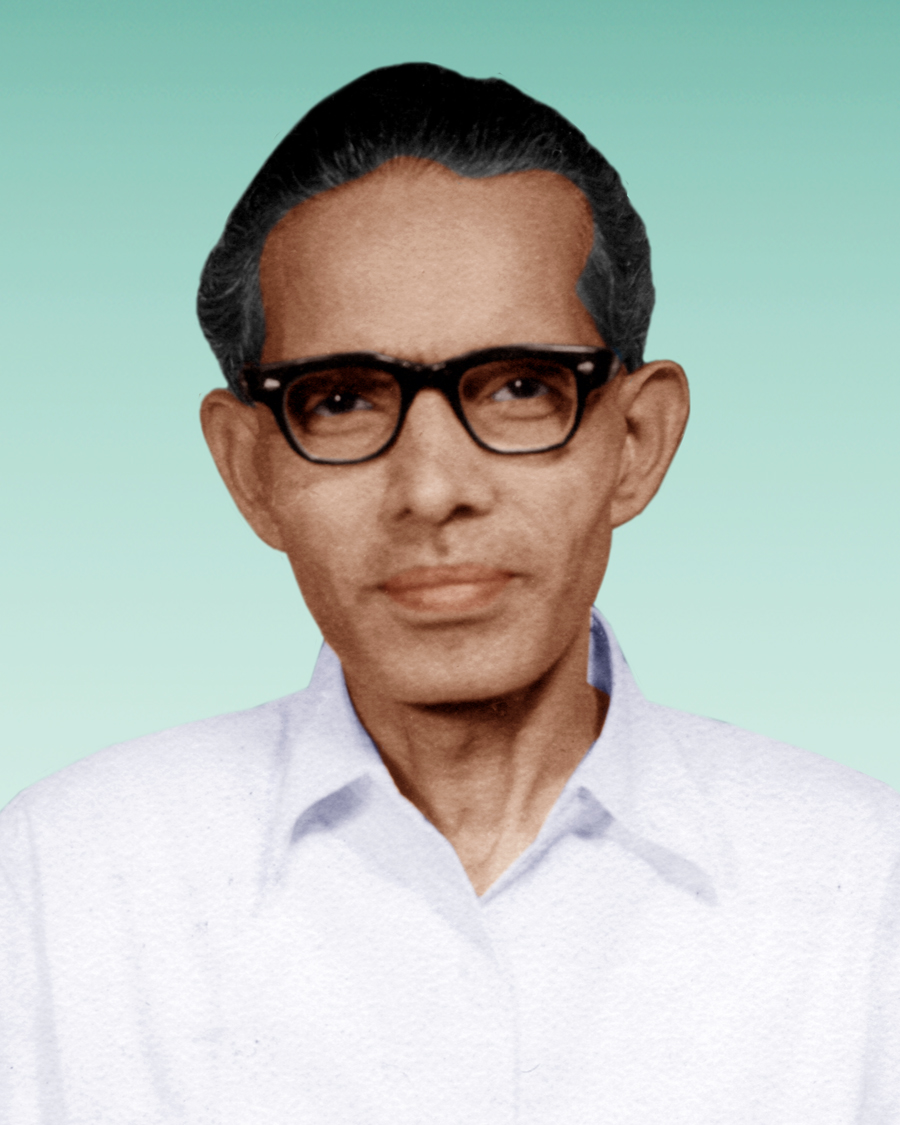 Dr. Bh. V. Ramana Murthy was born on 24th September 1926. He joined IITM in the year 1957 and served the institute in various scientific capacities. He took over the reins of Director, IITM during the period 1978 to 1985. He ensured smooth functioning of the ongoing research programmes at ITM. He was a fellow member of many national and International scientific societies. He led the institute with a vision to make the Institute a global leader in research on Weather and Climate Sciences and to bring the fruits of high end research in the service of the nation and world at large. 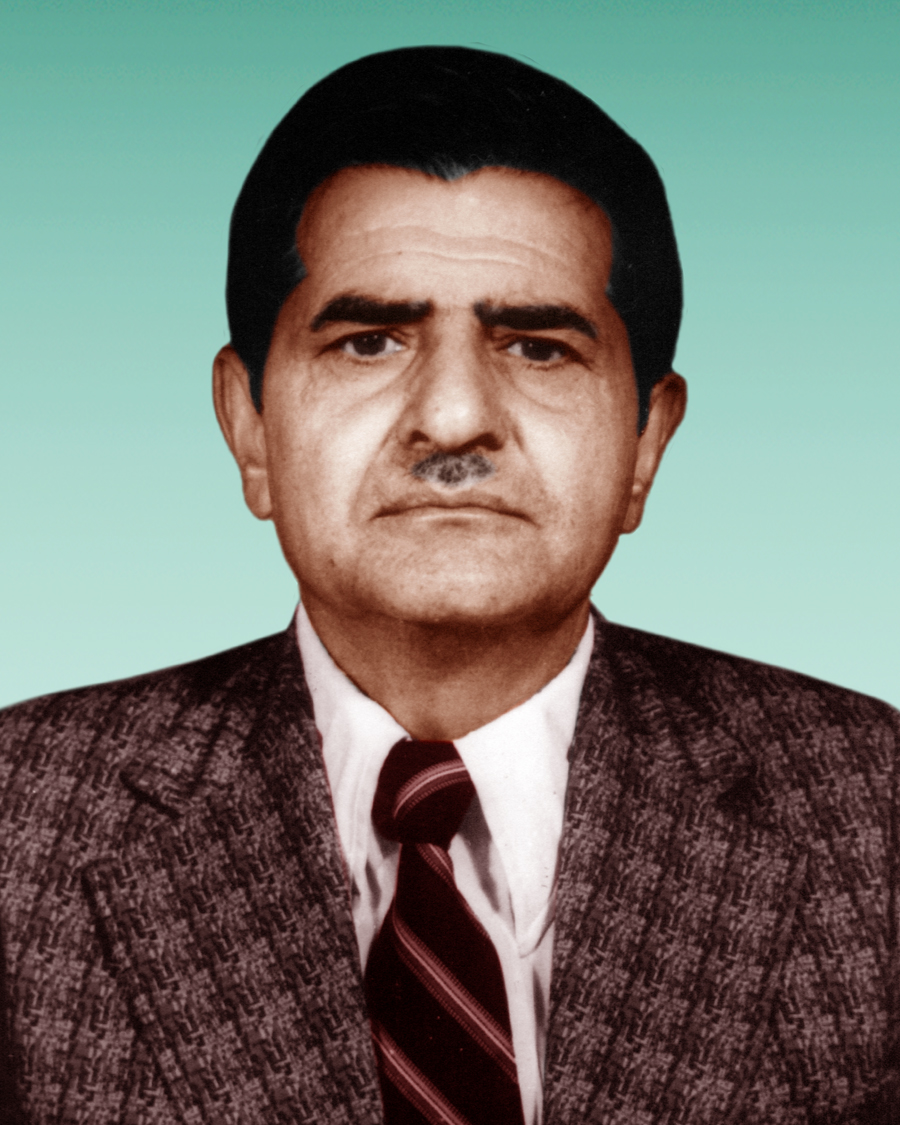 Shri. D.R. Sikka was born in Jhang Maghiana, Punjab, on 1st March 1932. Major national field programmes like ‘Monsoon Trough Boundary Layer Experiment (MONTBLEX)’and the Interaction of the Geosphere-Biosphere Programme (IGBP), for the study of boundary layer in the monsoon trough region and environmental pollution respectively, were organized during his tenure. His knowledge and experience in the field on monsoon meteorology are considered brilliant. In his life, he lived all the time for weather and Monsoon research. He never retired from the limits of his scientific capability. Till today, he continues to motivate young scientists and researches across many organizations with his innovative ideas in this research field of monsoon meteorology. 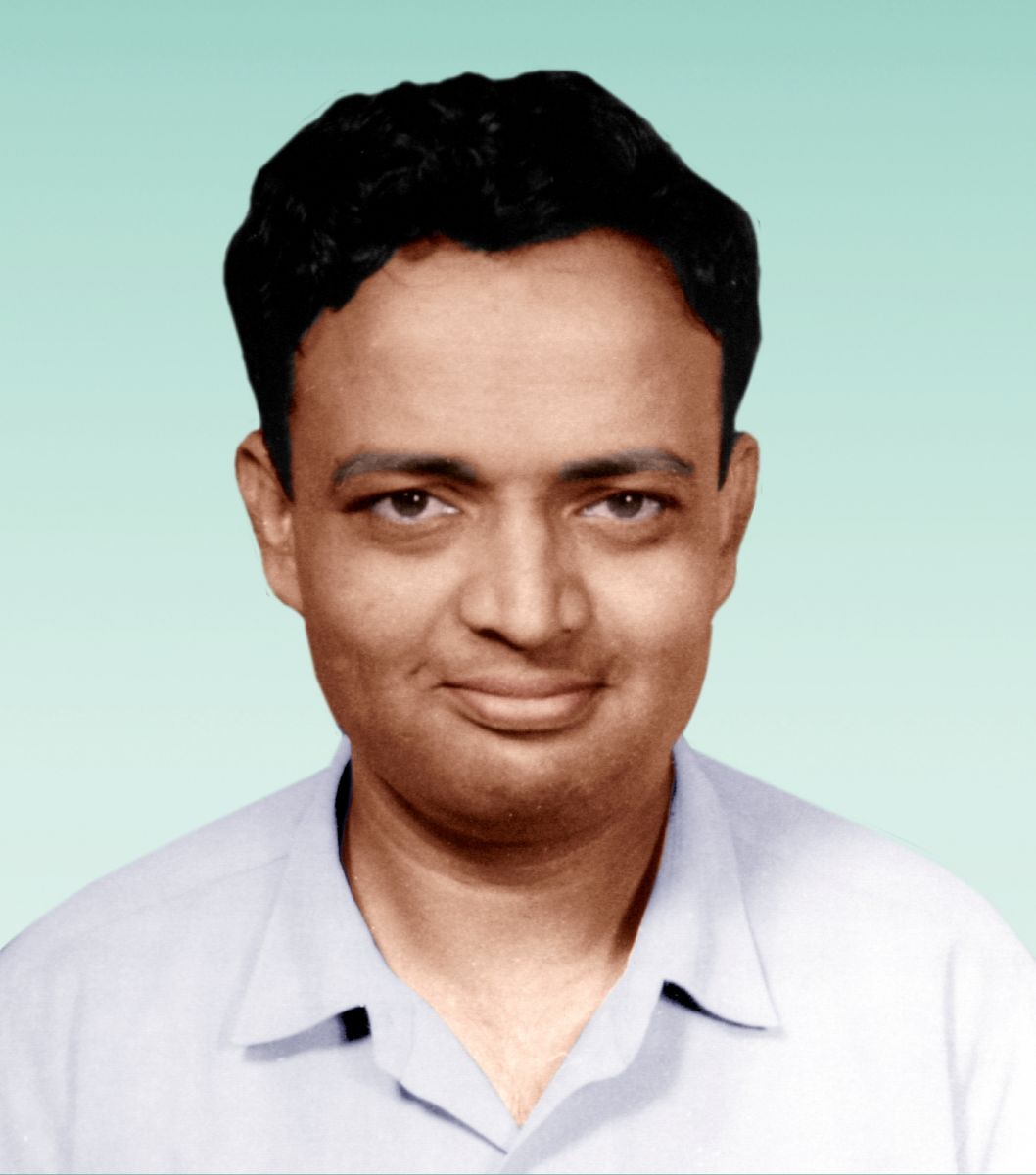 Prof. R. N. Keshava Murthy earned his Ph.D degree in 1973 under the guidance of Prof. R. Ananthakrishnan. He established a new Division of Climate Modelling in 1993 and effectively guided it in its years of infancy. In recognition of his various scientific contributions, Prof. Keshavamurty was conferred the Hari Om Ashram Prerit Vikram Sarabhai Award, the B.N. Desai Award of the Indian Meteorological Society and the IITM Silver Jubilee Award. He is a Fellow of the National Academy of Science, India and the Indian Meteorological Society. He is a member of various committees, in particular, the WMO Joint Scientific Committee of the World Climate Research Programme (WCRP). In recognition of outstanding contributions to the Atmospheric Science & Technology, the Ministry of Earth Sciences honoured Prof. R.N. Keshava Murthy with National Award in Atmospheric Science and Technology for the year 2011. 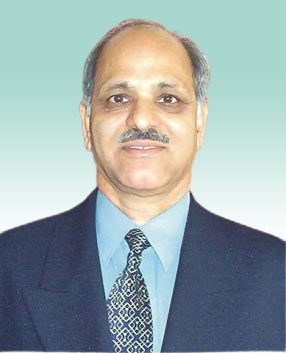 Dr. Govind Ballabh Pant served in IITM at various capacities for more than three decades including the position of its Director from 1997 to 2005. He obtained master’s degree in physics from Agra University in 1965 and a Ph.D. from Purdue University, USA in 1976. Dr. Pant’s research interests include atmospheric energetics, monsoon dynamics, ENSO-monsoon relationship, seasonal prediction, climate and climate change, especially paleoclimatology. His contributions as member of scientific committees for International Geosphere Biosphere Program (IGBP), WCRP and the Intergovernmental Panel on Climate Change (IPCC) are highly acclaimed. He has been the review editor of a chapter on climate models of IPCC 2007 Working Group-1 report that was awarded the Nobel Peace Prize in 2007. 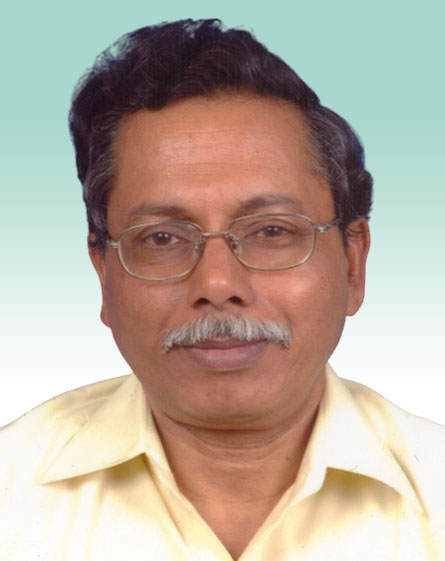 Prof. B. N. Goswami was born on August 1, 1950 in Assam. He completed M.Sc. in Physics in 1971 from Gauhati University and obtained his Ph.D. in Plasma Physics in 1976 from Physical Research Laboratory, Ahmedabad. During his tenure, IITM’s capability in high power computing increased manifold. Significant developments in terms of man-power, infrastructure and research took place at IITM. Major ongoing national programs were initiated and carried out like Monsoon Mission, Cloud-Aerosol Interaction and Precipitation Enhancement Experiment (CAIPEEX), System of Air Quality Forecasting and Research (SAFAR), High Altitude Cloud Physics Laboratory (HACPL), among many others. His research specialization involved Indian summer monsoon variability, predictability of the Tropical Coupled Ocean-Atmosphere System along with Climate Modelling. He has around 150 publications in high impact journals and is a recipient of several awards including the prestigious Shanti Swarup Bhatnagar Award. 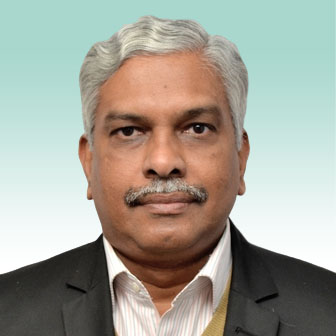 Dr. M. N. Rajeevan, currently the Secretary of Ministry of Earth Sciences, Government of India, served as IITM’s Director during the year 2015. He obtained his Master’s degree in Physics from Madurai Kamaraj University in 1983 followed by Ph. D. in Physics from University of Pune in 1997. Some of his research specialization areas are monsoon variability, monsoon prediction and climate change. His work contributed significantly for developing many application tools and prediction models for societal applications like long-range prediction models, gridded climate data sets and many other climate application products, which are being used by the India Meteorological Department for operational use. Being an expert member and advisor to various national and international panels in climate services, in particular WMO, he has many publications, awards and recognitions to his credit. 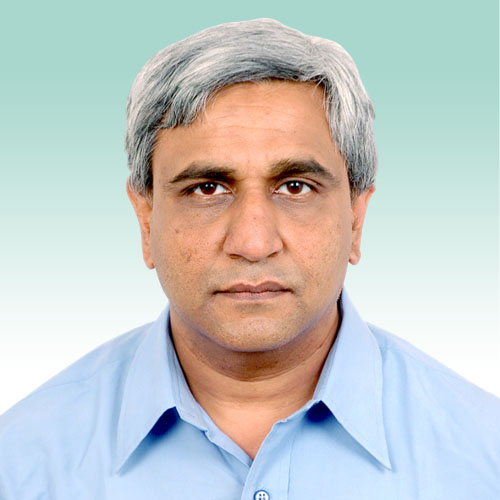 Prof. Ravi Shankar Nanjundiah, currently Professor at Indian Institute of Science Bangalore, served as IITM’s Director from the year 2017 to 2021. Prior to joining IITM, he was the Chairman of the Centre for Atmospheric and Oceanic Sciences at the Indian Institute of Science (IISc), Bengaluru. He obtained his BE (Mechanical Engg) degree from Rani Durgavati University, Jabalpur (1984), ME (Mechanical Engg) from IISc, Bengaluru (1986), followed by PhD in Atmospheric Sciences from IISc, Bengaluru (1992) on ‘Study of Intraseasonal Variations of the Tropical Convergence Zones in a Simple Monsoon Model’. Climate Modeling, Meso-scale Modelling, Monsoon Variability, Application of High Performance Computing to Climate Studies are his key areas of interest. He has many publications, awards and recognitions to his credit, a few to mention are: Nvidia Innovation Award (2013); Associate Editor, JESS (2008-2014); and Sir CV Raman Young Scientist Award (2000) in the field of Earth Sciences, Fellow of Indian Academy of Sciences, Member - Editorial Advisory Board of Dynamics and Statistics of the Climate System (Oxford University Press). During his tenure, he has contributed immensely as the Director, IITM. He initiated the kick-start of many programs and through his able guidance took IITM to greater heights in tropical weather and climate research.